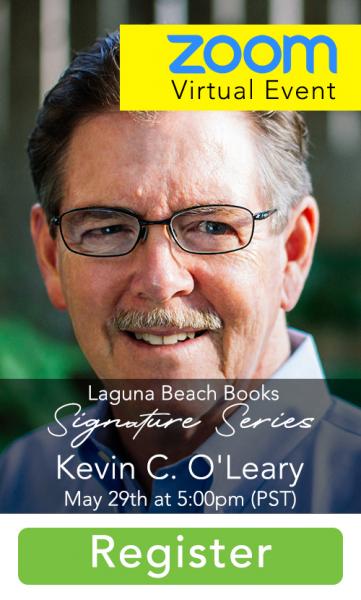 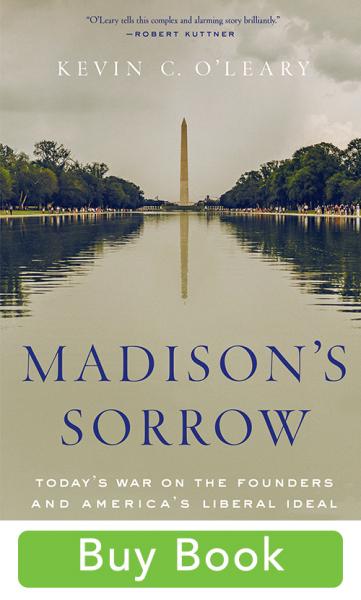 Laguna Beach Books is pleased to welcome Kevin C. O'Leary, author of Madison's Sorrow: Today's War on the Founders and America's Liberal Ideal, for a virtual event on Friday, May 29 at 5 pm PDT. Kevin will be in conversation with UC Irvine professor Charles Anthony Smith, and he will also be fielding questions from attendees. This is a free event, however, please register if you would like to attend.

The story of America is the struggle between our liberal ideal and illiberal resistance. Donald Trump catalyzed a reactionary revolution by tapping into the dark, shadowy side of American democracy that embraces exclusion and inequality. Throughout American history these alarming impulses have come to the forefront of our culture — during the Civil War, the era of the Robber Barons, and the Civil Rights Movement—but have now come to fruition in the presidency of Donald Trump.

Arguing that the contemporary Republican Party is waging a counterrevolution against the core beliefs of the nation, journalist and scholar Kevin C. O’Leary cracks open American history to reveal the essence of America’s liberal heritage by critiquing the reactionary illiberal currents that periodically threaten American democracy. American politics is no longer an ongoing debate between liberals and conservatives because the new Republican Party embraces the feudal values of the Old World. While there are millions of conservatives in the population, the elected leadership of the GOP is deeply reactionary.
Today’s marriage of white-identity Southerners and their northern allies to moneyed libertarians is no run-of-the-mill political partnership. Instead, it is extraordinarily dangerous. Clearly, conservatives have lost their party. And without conservatives debating liberals in an intellectual, respectful manner to address the nation’s problems, Madisonian democracy breaks down.
A stimulating reinterpretation of the American experience, Madison’s Sorrow exposes the intellectual and moral deficiencies of the illiberal right while offering a robust defense of the liberal tradition.
Kevin C. O'Leary is a research fellow at the Center for the Study of Democracy at the University of California, Irvine. A contributor to The American Prospect, he was the lead West Coast reporter for TIME, as well as a reporter for the Los Angeles Times, editorial page editor of the Pasadena Star-News, and editor of OC METRO magazine. He earned his PhD at Yale University. His previous book, Saving Democracy: A Plan for Real Representation in America, was a finalist for the American Political Science Association's Michael Harrington Award. He and his wife live in Irvine.
Charles “Tony” Smith  is a Professor in Political Science and Law at the University of California, Irvine. His research is grounded in the American judiciary but encompasses work in both comparative and international frameworks using a variety of methodologies. His publications include The Rise and Fall of War Crimes Trials: from Charles I to Bush II; Gerrymandering in America: The House of Representatives, The Supreme Court, and The Future of Popular Sovereignty, and articles in American Journal of Political Science among other journals. He has served in a variety of roles in APSA including on Council, as President of the Sexuality & Politics Section, Chair of the LGBT Status Committee, and Chair of the LGBT Caucus.