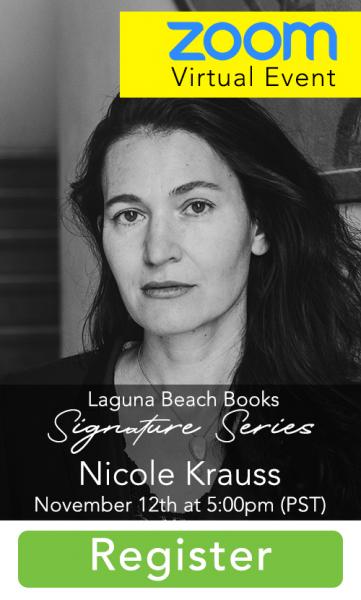 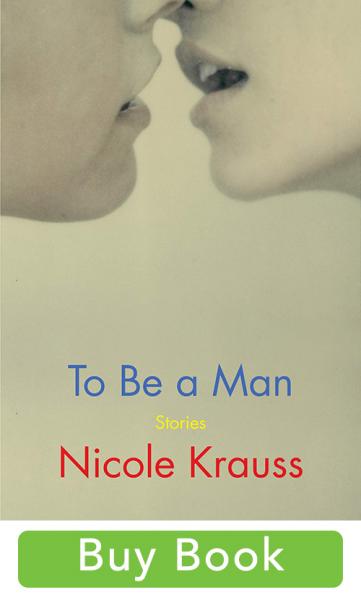 In one of her most accomplished books yet, Nicole Krauss plunges fearlessly into the struggle to understand what it is to be a man and what it is to be a woman, and the arising tensions that have existed in all relationships from the very beginning of time. Set in our contemporary moment, and moving across the globe from Switzerland, Japan, and New York City to Tel Aviv, Los Angeles, and South America, the stories in To Be a Man feature male characters as fathers, lovers, friends, children, seducers, and even a lost husband who may never have been a husband at all.

The way these stories mirror one other and resonate is beautiful, with a balance so finely tuned that the book almost feels like a novel. Echoes ring through stages of life: aging parents and new-born babies; young women’s coming of age and the newfound, somewhat bewildering sexual power that accompanies it; generational gaps and unexpected deliveries of strange new leases on life; mystery and wonder at a life lived or a future waiting to unfold.  To Be a Man illuminates with a fierce, unwavering light the forces driving human existence: sex, power, violence, passion, self-discovery, growing older. Profound, poignant, and brilliant, Krauss’s stories are at once startling and deeply moving, but always revealing of all-too-human weakness and strength.

About Nicole Krauss, Author: Nicole Krauss is the author of the international bestsellers, Forest Dark, Great House, a finalist for the National Book Award and the Orange Prize, and The History of Love, which won the Saroyan Prize for International Literature and France’s Prix du Meilleur Livre Étranger, and was short-listed for the Orange, Médicis, and Femina prizes. In 2007, she was selected as one of Granta’s Best of Young American Novelists, and in 2010 she was chosen by the New Yorker for their “Twenty Under Forty” list. Her fiction has been published in the New Yorker, the Atlantic, Harper’s Magazine, Esquire, and The Best American Short Stories, and her books have been translated into thirty-seven languages. She is currently the first Writer-in-Residence at the Zuckerman Mind Brain Behavior Institute at Columbia University.

About Marrie Stone, Moderator: Marrie Stone co-hosts, "Writers on Writing," a weekly radio show that broadcasts from UC Irvine. The program is dedicated to the craft and business of writing, and features interviews with authors, poets, agents, and publishers. Marrie’s own fiction and essays have appeared in Reed Magazine, Orange Coast Magazine, Stu News Laguna, and various other publications. A former corporate attorney, Marrie lives in Laguna Beach with her husband and daughter.

To Be a Man: Stories (Hardcover)